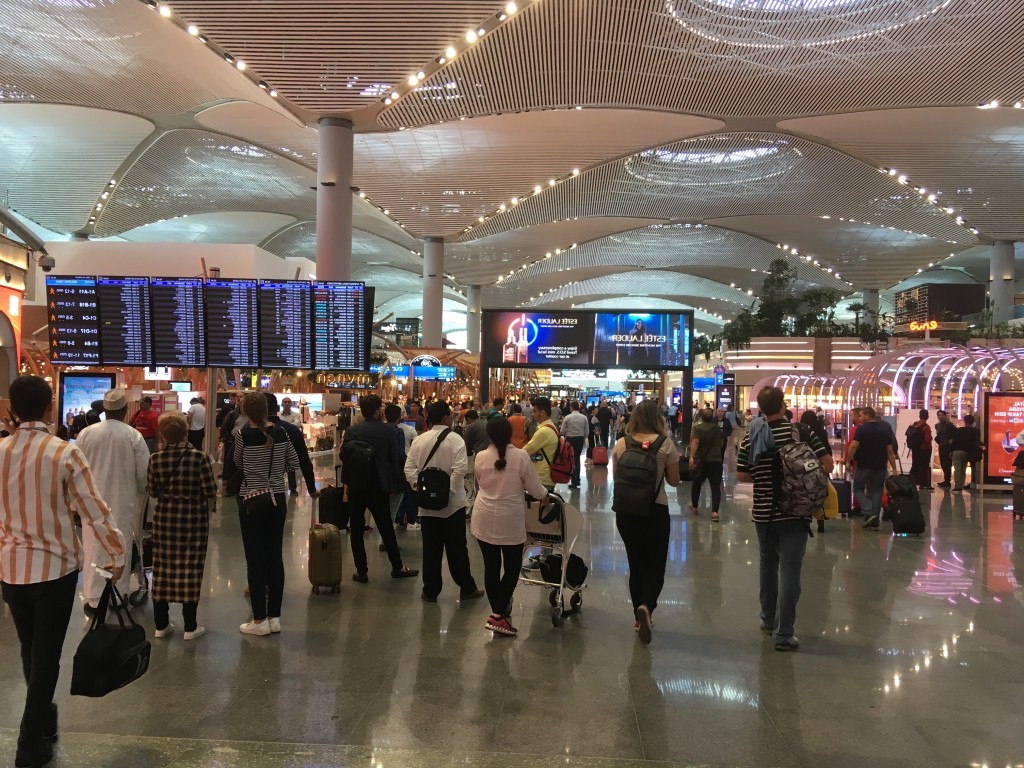 “You jinxed us,” said Becky with dagger eyes.

“This has happened to you before in Istanbul. You jinxed us.”

We were all standing before the Departures board at Istanbul airport searching for the gate for our flight to San Francisco. Our dance festival in Macedonia was over and we seven were anxious to get home.  Flight 79 was nowhere to be seen among the hundreds going to various other saintly cities: San Antonio, Sao Paolo, St. Louis.

Becky was wrong, it wasn’t really my fault (hah, those words). Our flight from Skopje had departed an hour late, arrived even later, and taxied around the new expansive Turkish airport endlessly before depositing us in the transit terminal. If I were a San Francisco-bound jumbo 787 filled with travelers itching to get stateside, I would have left us too.

We trudged over to the Turkish rescheduling desk and peppered the scarved and tented woman behind it with endless questions about what happens next. Only half our questions were answered as she was being directed by the pompous janissary two desks away. Even the questions answered were only half understood between her accented English and our tone-deaf-to-Turkish ears.  Eventually, the story came out: there was only one flight to SF a day. We would be on the same flight tomorrow and put up at a hotel overnight. There were the usual indignant recriminations. Then followed the trek to the luggage desk, the hotel desk, the shuttle bus desk. An extra day in some remote hotel outside Istanbul was our punishment for arriving late at Turkish Airline’s hub.

Given the number of years I’ve been regularly traveling, now over 50 of them, it’s been a rare occurrence that I’ve been stuck overnight by a missed flight. Usually there is a different route and the airlines generally prefer to get rid of me in any way they can, even if it means an additional three hops to get me to my destination that same evening. In some way, the Groundhog’s Day solution that Turkish Air used was elegant in its simplicity.

The rest of the story is unremarkable. A highrise glass encrusted Hotel Qua near the old Istanbul airport because the new airport is so recently baptized that the expected ring of airport hotels haven’t yet been built. The staff put on their best faux manner of treating us as distinguished guests, even though we were simply that day’s collection of huddled masses, to be followed by tomorrow’s collection who missed their connections to Rome, Singapore, or Abu Dhabi. 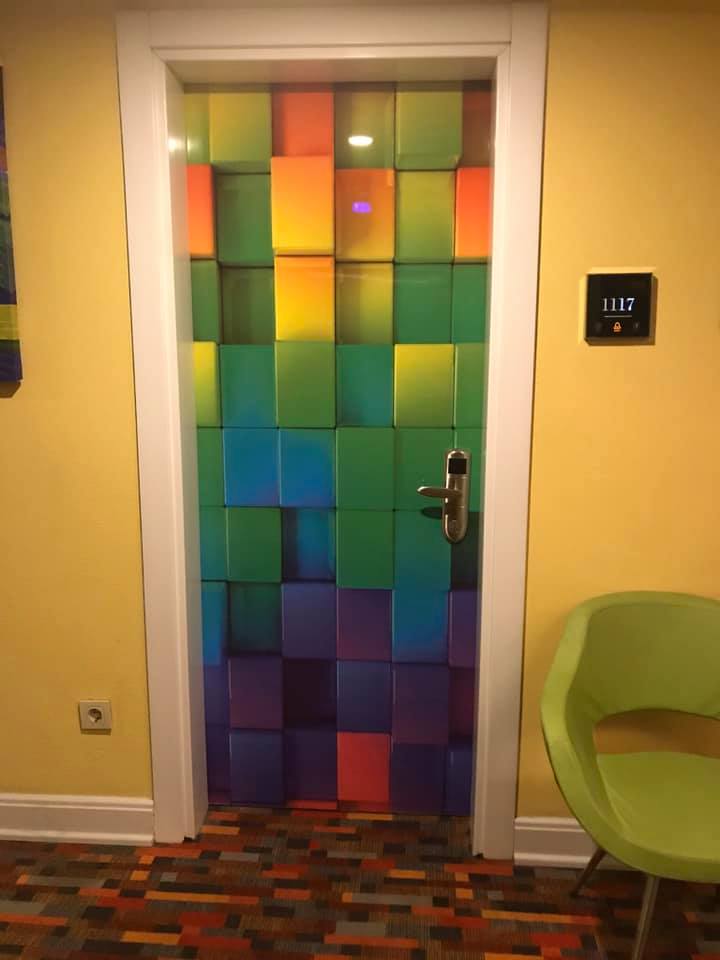 A mystifying décor of loud colors on the doors and floors of each hallway. Digging to the bottom of our hand luggage to see if there was a toothbrush, a clean t-shirt, and other necessities—we wouldn’t see our luggage until SFO.  Unremarkable rooms, meals, and transport back to the airport that left us a couple of hours to shop in a sparkling new duty free terminal larger than the Mall of America. And the interminable flight back to California. A story not worth reading.

Except for the jinx part.

I had been stuck in Istanbul once before. Back then, it was my girlfriend to blame (we’ll call her Amy). And boredom wasn’t the central theme.

Amy was stolid as a tree trunk, as tall as an alder, and was capped with a crown of bright red ringlets. We had met on the summer language program in Jerusalem as exchange students and planned to travel together between finishing memorizing verbal declensions and starting regular classes at the Hebrew University that fall of 1971. The Balkans were the answer. Athens, Dubrovnik, Istanbul. It was close and cheap and easy to get to from Israel. Plans were made, tickets bought. And, oh, Mitch. My dorm mates want to come along too. That’s ok, isn’t it?

Thus I found myself traveling southeast Europe with a harem of five American college women. I threatened to sell each of them to the first bidder who offered 10 camels and 4 horses. 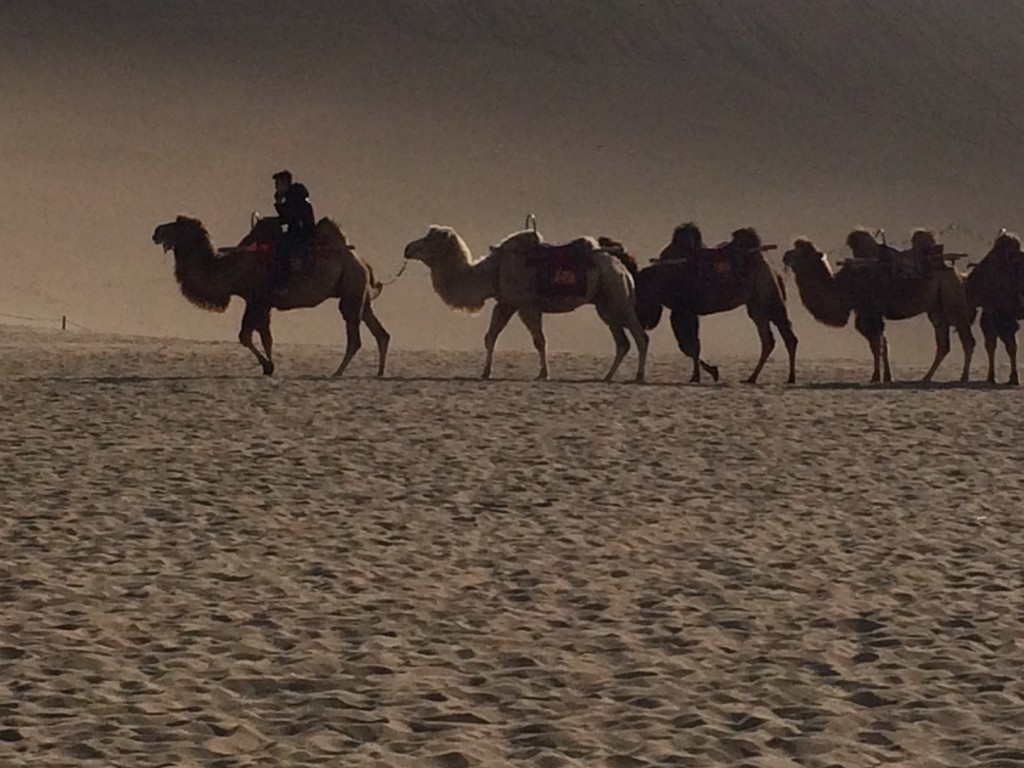 I might have been able to unload them too. We were that visible a traveling party in Yugoslavia and Greece.

The entire trip ended up being jinxed, starting the first evening when Amy fell into a ditch along a dark road near a festival in Athens. We ended the evening at the emergency room.  I spent much of the next week carrying, dragging, or supporting her on our various excursions. A late bus arrival in Dubrovnik had us sleeping on the floor of a convent. But this was only after fending off a horde of drunken Croatian men who were thrilled when I walked into their bar with five young American women at 2 am. None of them had the requisite number of camels. And, the coup de grace, Amy’s wallet with her passport, plane ticket, and travelers’ checks were stolen out of her purse on an overnight train to Beograd. On Columbus Day, when the American embassy was closed.

One of the harem’s cousins was going to host us in Istanbul, but Amy couldn’t get there without replacing the lost items. So the group split up. She and I stayed in Beograd to recover her documents while the other four went on. We jumped back on the Orient Express three days later, with just enough time to get to the airport for the plane back to Tel Aviv. There was only one catch. Her plane ticket had been purchased through a travel agent and couldn’t be confirmed until the travel company telexed Turkish Air to confirm it was legitimate. We assumed that the confirmation would be forthcoming by the time we reached Istanbul. We received nothing in Beograd.

Our bad luck continued. A transit tax to travel by train through Bulgaria took the last of our replenished traveler’s check and change came back in Bulgarian coin. The train arrived late; we were crestfallen to learn our plane had already left with the rest of the harem on board.  Bulgarian money wasn’t worth much in Turkey, not even enough to get to the airport by bus. We were stranded, almost penniless, and short one plane ticket out of Dodge.

Amy and I begged a ride with the baggage truck to the airport that afternoon.  The next plane to Tel Aviv wasn’t until the next evening. We spent our last dinars 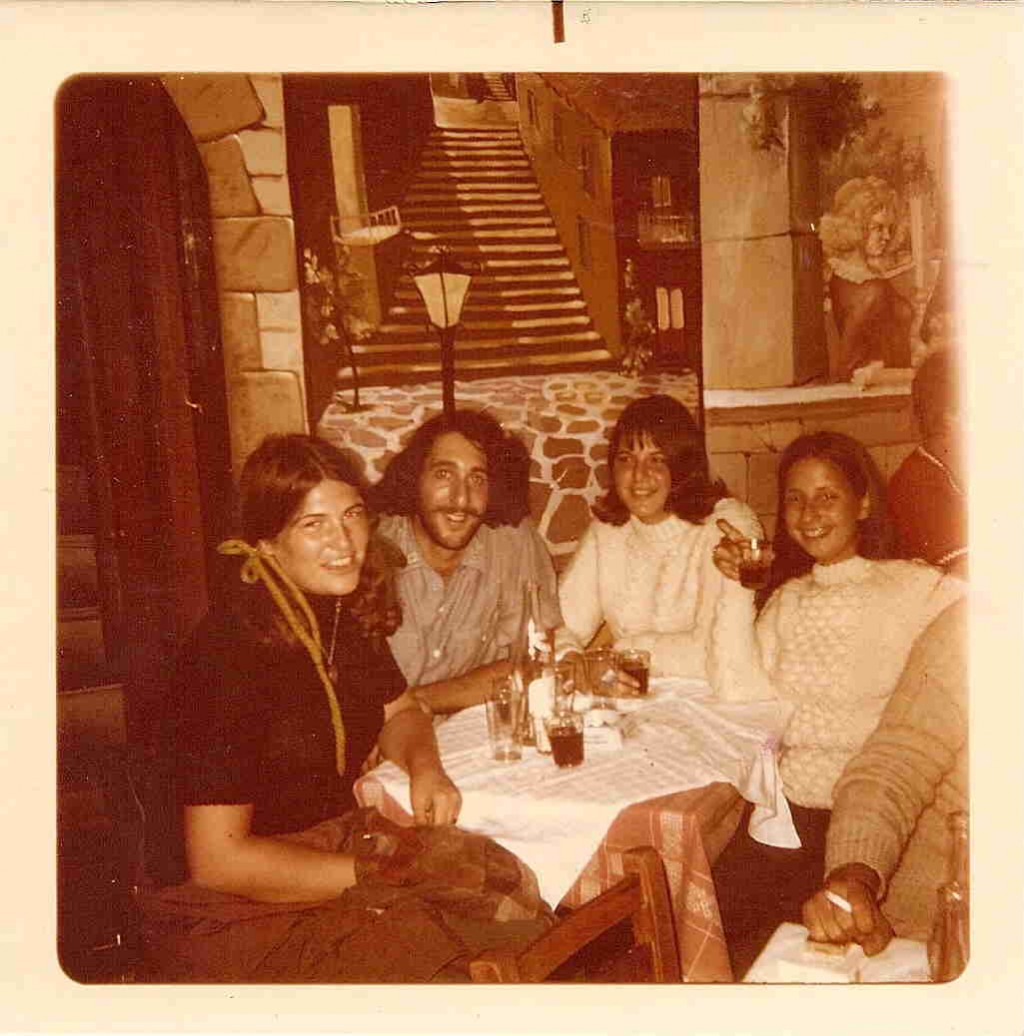 on some crackers and jam and settled in for a long night at the airport. The bustle of tourists, business travelers, and diplomats slowed down as the hour got later and later. Two naïve American teens in Istanbul’s aging airport took turns sleeping on hard benches that night and standing guard against the few shadowy figures who scurried by in the ominous quiet and darkened corridors. Too dark, ominous, quiet.  Neither of us slept.

Stress mounted as the time for the next flight neared. Would the telegram arrive in time? Would we be able to beg our way aboard the flight if it didn’t? How long would our crackers and jam sustain us if we had to wait another day or two to get on the following flight?

We hovered around the boarding gate anxiously waiting for the agents to arrive. And then, around the corner came our other four travel companions. My happy, relaxed harem had just spent several lovely days touring Istanbul and had added a day to their trip when they voluntarily bumped themselves off yesterday’s overbooked flight. A credit card was produced, rare for teenagers in those days, a ticket purchased and we knew we were saved.

Compared to my first experience there, this week’s delayed departure from Istanbul was luxurious. And I’m now convinced Becky was right. As lovely as it is, Istanbul is jinxed. I may try another transit point for my next trip.