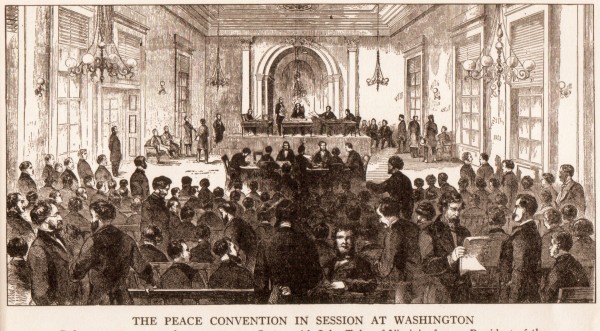 History as It is Happening 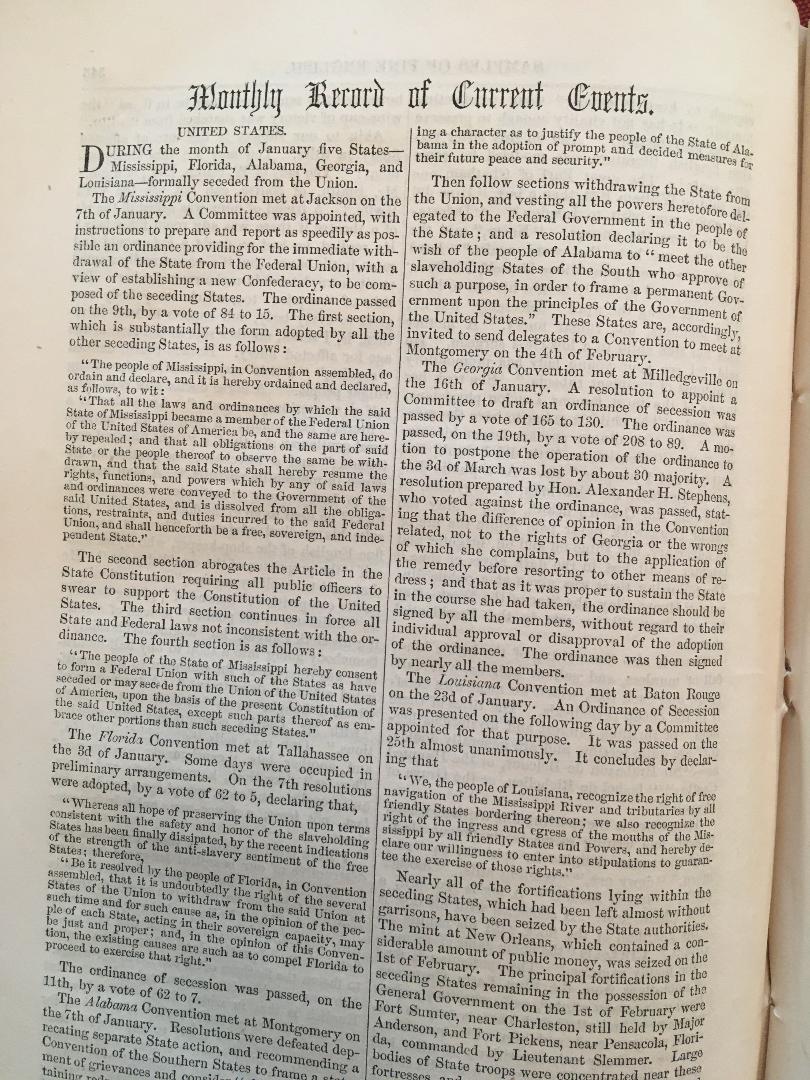 Call me a nerd, but I like reading history. But not any old history. History as it is happening. My favorite book as a child was a history of World War I, written in 1917 before its outcome was known. On a week where only the third ever presidential impeachment was filed, I dived into one of the books on my shelf containing bound issues of Harper’s Monthly from November 1860 to April 1861. Mixed in with serialized novel by Bulwer-Lytton and drawings of the latest women’s hoop skirt fashion is the section called Monthly Record of Current Events, composed by the editorial staff of the magazine.

If you paid any attention at all in US History class in high school, those dates will ring a bell. Abraham Lincoln was elected president in November 1860. In April 1861, Fort Sumter in Charleston Harbor was fired on by the new Confederate army, beginning the most bloody conflict in US history. What you get in your history textbook are those two events bordering a statement “Eleven Southern states seceded from the Union in the next few months.”

Living the events as they happen is a very different experience than the neatly wrapped summaries we get from historians. As we read daily of McConnell’s perfidy, Giuliani’s antics, Alexander Vindman’s and Fiona Hill’s forthrightness, the countermoves by House Democrats and Senate Republicans, and Trump’s blubbering tweets, no matter what the outcome, it will likely all boil down to a single paragraph in the US history textbook that our grandchildren will read in 2029. [Note, if you’re not reading political scientist Heather Cox Richardson’s daily summaries of current events, you should.]

If you were alive in 1860, what you would be reading is far more complex than what your history book contained. Abraham Lincoln wins the presidential election with less than 40% of the popular vote against three other major candidates, but carries a majority of the votes in the Electoral College (anti-Electoral Collegistas, please note this). He wins every Northern state except New Jersey and loses all of the Southern states. Oregon and California vote totals don’t arrive for another month or two, too late and irrelevant to affect the outcome.

South Carolina secedes within a month of posting of the electoral results, even though Lincoln won’t be inaugurated until early March. They call for a statewide convention to vote on this resolution in Columbia, the state capital, for December 17, 1860 (159 years ago today) but move it the next day to Charleston because of a widespread smallpox outbreak in Columbia (anti-vaxxers, please note this). In their declaration of independence from the US, one paragraph reads

The Constitution was an experiment for uniting under one government different peoples, living in different climates, having different pursuits of industry and institutions. The experiment has failed. It is now too late to reform or restore the government of the United States.

So much for the Constitution. Within the next two months, the rest of the South follows suit. States’ rights gets named as one of the reasons, northern snatching of a disproportionate percentage of Federal taxes was another (which I believe has been demonstrated to be inaccurate [alt-factistas, please note this]), but mostly it is about the threat to slavery. Take the comment of Governor Gist of South Carolina, recorded in January 1861 Harper’s:

It not infrequently happens that slave mechanics hire white men to work under their direction…This state of things should not be permitted... it must be distinctively understood that white is the governing race, without any exception, and without regard to disparity of intellect, merit, or acquirements.

The brief comment in your history textbook about the other southern states seceding also belies the tempestuous nature of the decision making. While states like Alabama and Louisiana voted overwhelmingly to leave the Union, the vote in the Georgia legislature was 165-130 and in Arkansas 39-35, hardly an overwhelming majority for a path that has negatively affected them for the subsequent 150 years (Brexiters, please note this). Texas Governor Sam Houston, yes that Sam Houston, refused to accept the Texas legislature’s vote to seced

e and resigned his position. He was scorned by his fellow Texans until his death in 1863.  Virginia was the most reluctant state to secede and called for a Peace Conference to see if things couldn’t be patched up. The six states that had already seceded didn’t bother attending, but the remainder sent delegates.

The conference, held in February, suggested a Constitutional amendment to permanently allow slavery in the southern states and to extend the Mason-Dixon Line westward as the border for future states to allow or prohibit slaves (Arizona and New Mexican friends, please note this). Congress passed this compromise amendment on a majority vote but it didn’t reach the 2/3 majority required to move forward (Impeachment vote counteristas, please note this).

James Buchanan, the lame duck president prior to Lincoln’s inauguration was singularly ineffective in trying to patch together a compromise from the extremist positions that had developed. Most of his Cabinet members resigned in those few months over the Federal government bumbling responses to the crises brewing (Trump, please note this… oh never mind, you don’t read). 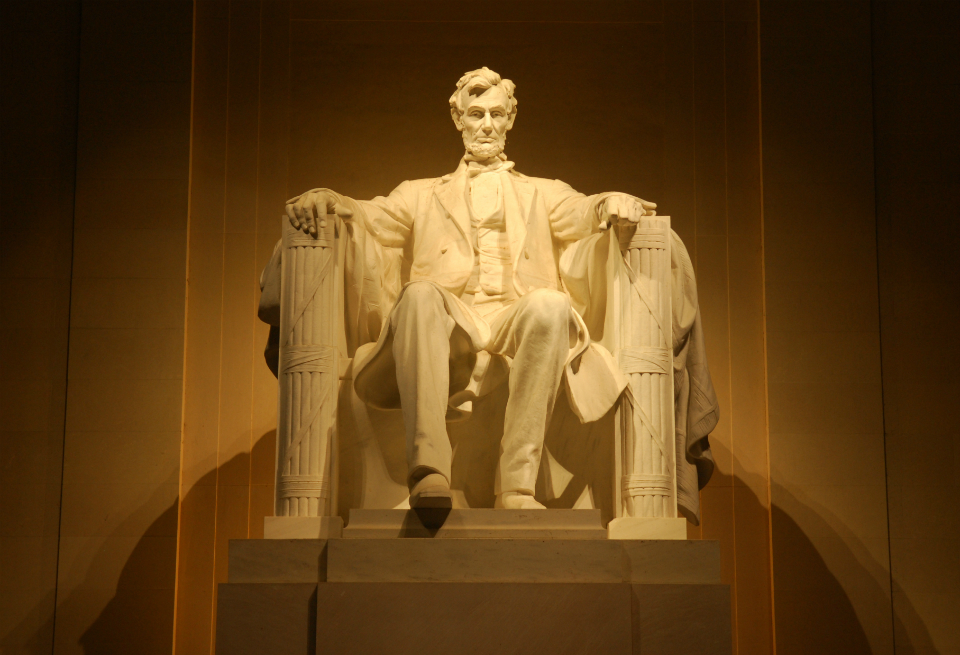 So where is honest Abe in all this? He couldn’t do much during the critical period, after all Buchanan was still president.  He left Springfield by special train February 11 for Washington, making speeches about his vision for America at every stop along the way. By the time he got to Harrisburg PA, there was ample evidence of a plot to murder him en route that he stopped his barnstorming tour and snuck into DC in secret.

It was clear that his main goal was not to end slavery, as the southern states used to justify their Confexit, and how is portrayed to us a century later. In his inaugural address, he is happy to tolerate slavery if it will get the rebellious southern states back:

I have no purpose, directly or indirectly, to interfere with the institution of slavery in the States where it exists. I believe that I have no lawful right to do so, and I have no inclination to do so. 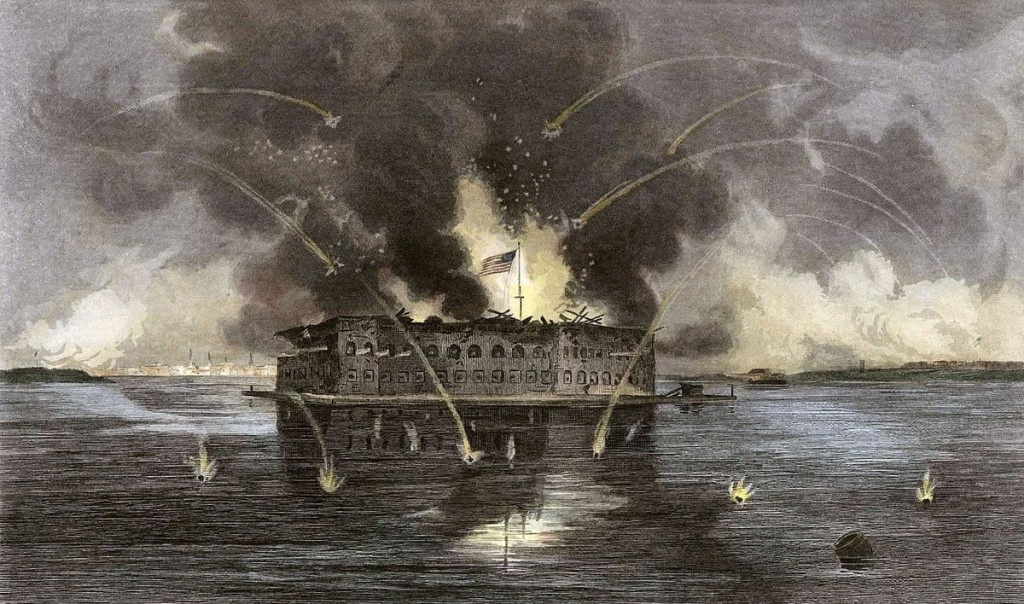 A Faustian bargain for Abe, save the Union by perpetuating slavery? It never became an issue as the South ignored his offer and fired on Fort Sumter a month later. The rest is the history we know. The country is devastated by warfare with over 600,000 soldiers dying in the conflict, enslaved Blacks are freed in 1863 only to be hit with the KKK,  structurally-induced poverty, voting barriers, and lynchings. A murder plot against Lincoln is more effective four years later. And Honest Abe is widely considered our greatest president, ignoring his willingness to tolerate slavery in perpetuity had the politics 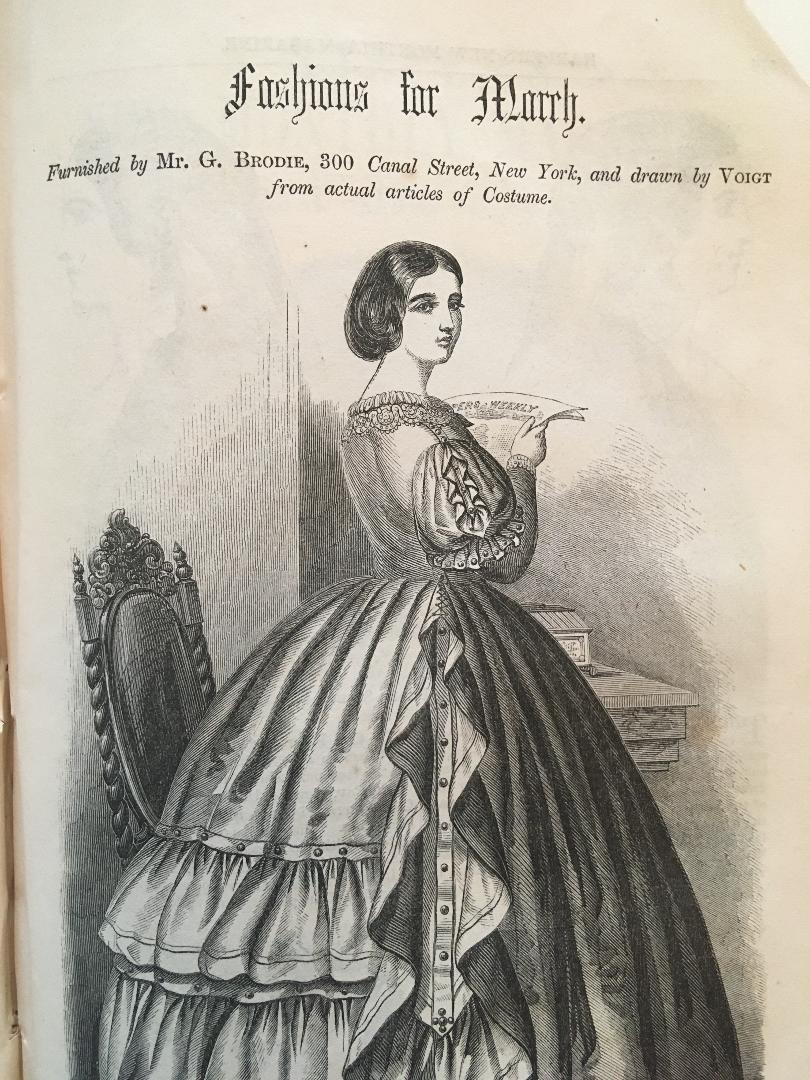 In addition to covering six months of crisis in America, the editors of Harper’s made sure that their readers got a global view of the news. Talks in the administration about buying Cuba from Spain; massacres in Syria; birth pangs of the newly-created country of Italy; and the establishment of three new American territories: Colorado, Nevada, and Dakotah. An Interior Department employee is arrested for helping contractors embezzle $750,000 that were meant as payments to Indian nations to keep America’s promises to them. Some things don’t change.

So, if you get overwhelmed by watching this week’s hearings and following the Congressional tennis match, remind yourself how little will be remembered a generation from now. History tends to be a great leveler.