Lucky was warm and personable, providing lots of lap sitting and purring. And then Minnie came along. She seemed nice enough at first, but turned alpha cat and soon Lucky was forced to spend her nights outdoors rather than on one of our pillows. Lucky became the small, lithe black outdoor cat, Minnie the slothful, plump indoor one who jealously guarded her territory. Lucky was more terrified to be in proximity with Minnie than she feared life on the street. Even outdoors, Lucky retained her personality. She became the neighborhood greeter for all the walkers, joggers, stroller pushers, and bikers who paraded down Arlene Lane every day. And twice a day, I would go outside and call “Lucky! Lucky!” and she’d come trotting to the front door for her meals.

We knew her life was not that simple. There were raccoons to steer clear of, even the ones who occasionally slipped through our dog door or fell through a skylight into the living room. Skunks, possums, foxes, feral cats and dogs. Our neighborhood at night was a National Geographic special. The ace predator, the coyote, was also seen occasionally in the neighborhood. But Lucky learned the rules and stayed out of trouble. She would often disappear for a couple of days, hiding from danger in places that we never found. Or maybe she just took a short vacation. Eventually, she’d come back and pace the porch while I scraped together dinner for her. Never scratched or scarred from a fight, she was a lucky one.

As she got older, she got more and more cautious. There were often long looks around to make sure things were safe before she dug into dinner. An unexp 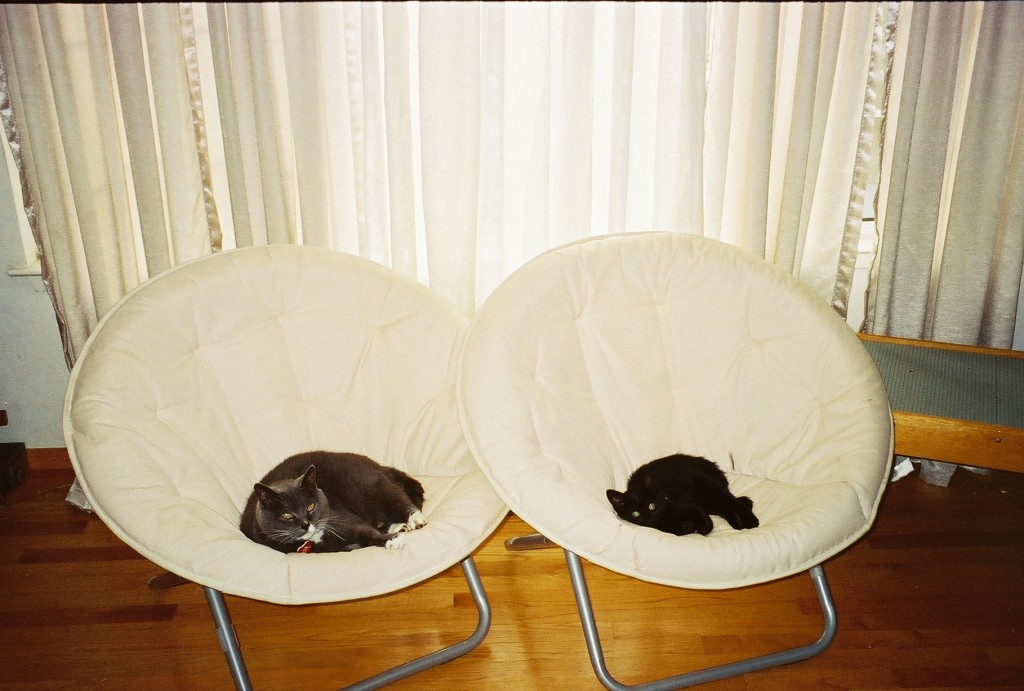 ected sound and she’d disappear like a dark, silent ghost. She liked being picked up and petted less and less. Now, at age 15, which is almost 4000 in cat years, she was leery of any close human contact. Annual trips to the vet often required days of scheming as to how to catch and confine her. She didn’t take to cat carriers well, as my scarred forearms proved. After the visits, we would let her back outdoors and she would quickly slink off,  not to be seen for a day or two. 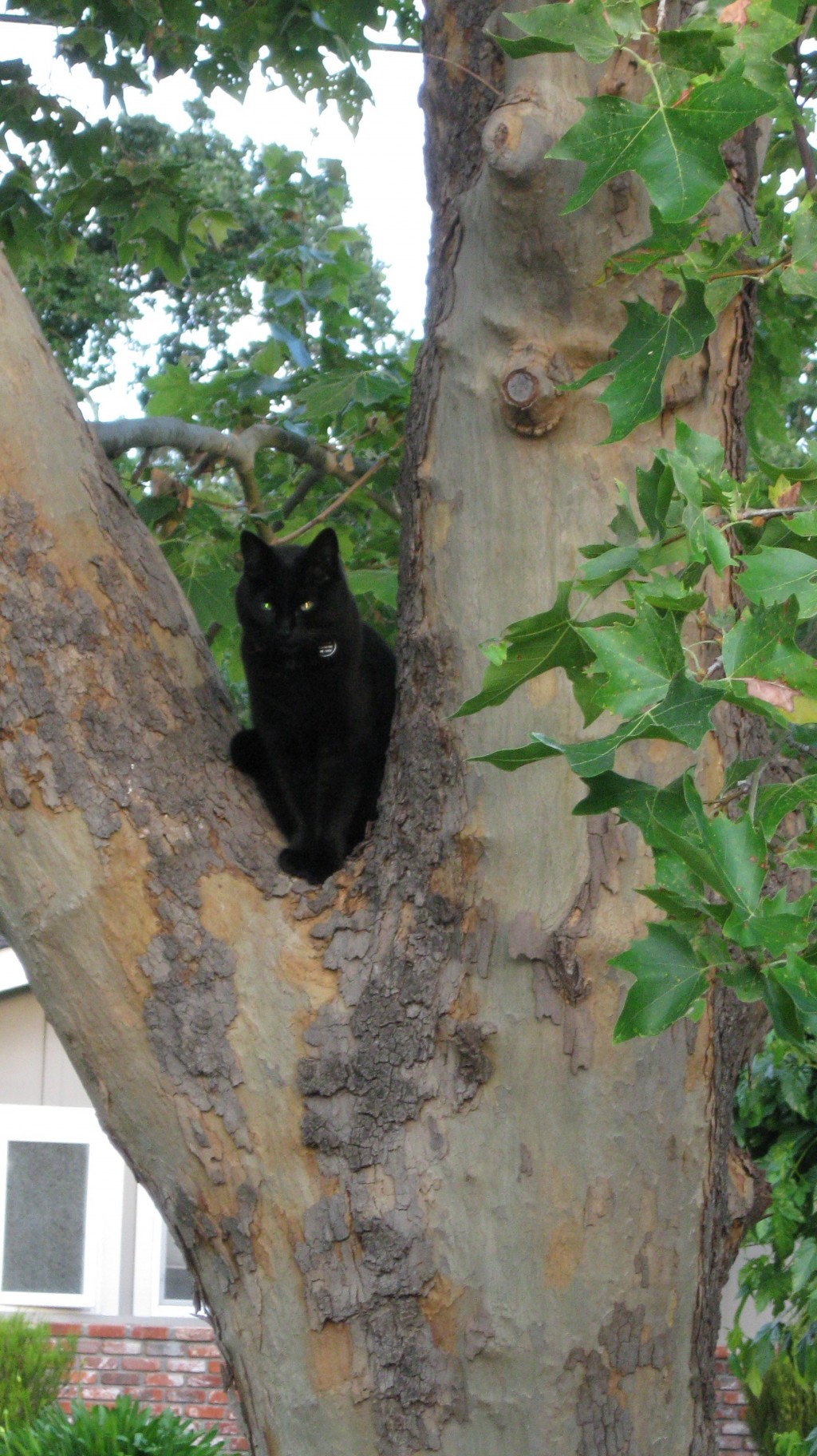 A couple of weeks ago, our next door neighbor texted us that there were remains of an animal on their front yard. Their daughter had heard the scuffling the night before but was afraid to go outside to see what it was. Some fur and a couple of organs, were all that was left. I was relieved that the fur was more white and gray than black. Lucky had once again avoided trouble. The next morning, more pieces of the victim were in the yard and the neighbor had looked out the window at night and seen a large coyote returning to finish the leftovers he had hidden. And there on the ground was the haunch of a black cat. No mistaking it. Lucky had finally made a wrong choice. Got unlucky. Such a sad way for her to end. I gathered up whatever pieces were left and brought them in for a proper, if incomplete burial.

But was it really Lucky? There was another black cat who often prowled the neighborhood, impersonating Lucky and often stealing her meal. The resemblance between the two was uncanny. Our cat sported white whiskers of age, had a slightly rounder tail and small tufts of white fur on chest and hip. But since neither allowed us to get close, we often just guessed that we were feeding our pet and not some catfoodbagger.  We must have been feeding them both, the food dish emptied three or four times a day.

Vida had installed a Ring doorbell to provide some protection for times we were away from home. It showed a regular parade of critters by the door each night—raccoons, possums, skunks, cats, deer, most of whom stopped to see if Lucky had left any morsels in her dish. So we held our breath when the following evening we saw a small black cat nervously picking at the dinner bowl, looking up and around constantly for signs of danger. Lucky-like behavior; the defense mechanism of an old cat who knew the ropes. Did this black cat have white whiskers? Unable to tell from a sketchy camera at night. Our secretive Lucky came back nightly for a week and was dutifully fed, presumably hiding from danger du 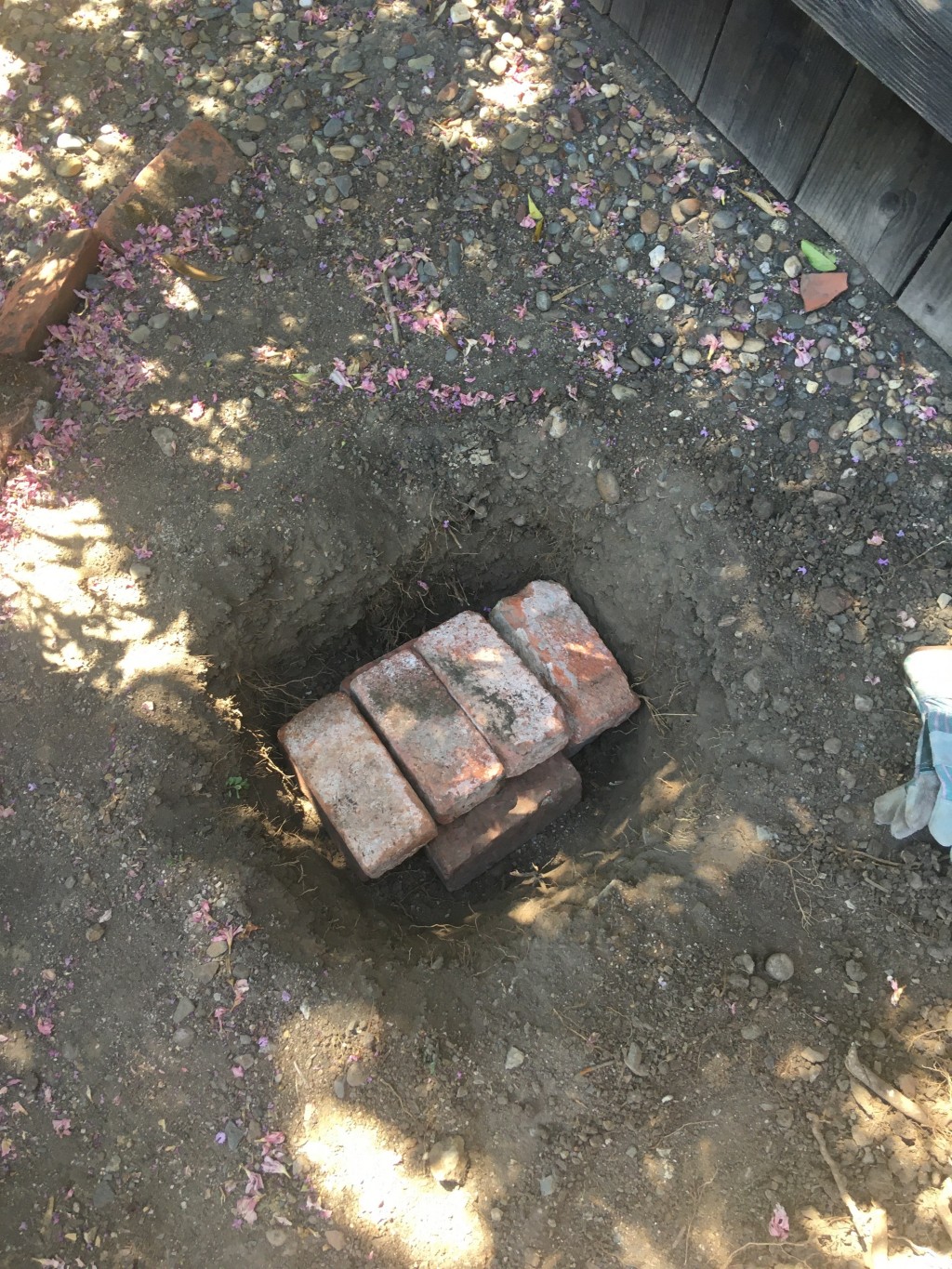 ring the day. Our hope soared. Finally, after a week, we got a look at the cat outside the dark window. It wasn’t quite right. The cat was a bit too spry for a 15 year old; tail a bit too thin.  It was only then that we knew that Lucky had been the victim, not the other mystery cat.

We buried what we had of her the next day. And have been mourning for our cat ever since.

If there was any blessing, it was knowing her end, horrible as it was. I had always assumed Lucky wouldn’t show up for breakfast one day. And the next. And on and on, but never knowing if and how her end came. She would just not come back. There would be no denouement.  As sad as the ending is to this tale, we at least know she had a good long life, and but for one unlucky incident, would still be trotting up for breakfast when I called her each morning. Still, as I go out the door to walk the dog every day, I scan her usual morning hideouts in the vain hope that she’s curled up in one, awaiting the call for breakfast. But now there are only dark shadows, not our black cat.