And, being Elon Musk, his post was liked by half a million people and retweeted 85,000 times since it was posted 2 days ago. Even a 45 second Google search by the lowliest of his Tesla interns would have turned up dozen of legitimate sites that could tell him exactly how the pyramids were built. It took him a day and a half to figure out that we do know a bit about it from the written records of one of the most literate and archived societies of the ancient world. 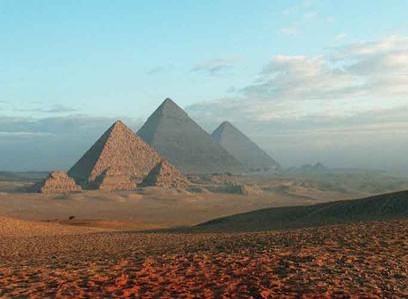 We know from the work of archaeologists like Mark Lehner the size of the labor force, the organization of the work, the methods of cutting and moving stones, injuries sustained, even the names of many of the workers and what they ate for breakfast. After what must have been an intense search, Musk found a decent BBC article that explained all this in simple terms and posted it a day later. That message didn’t get even 1,000  retweets.

I’ve been teaching archaeology to introductory students for two decades now. Most of them have been 18 years old, which was the age I was when I went with my dad to watch Chariots of the Gods, one of the 10 top grossing films of 1970. I left the movie theatre wondering about just this question.  Aliens? Could there be? Decades of studying and teaching archaeology since then has taught me how preposterous an idea it is that it was aliens building the pyramids and not Egyptians.

I also teach my students about how Egypt became such a fascination to Euroamericans. Napoleon and his savants. Champillion and the Rosetta Stone. Belzoni’s lurid tales of stumbling through tombs piled high with mummies, better known today from Indy Jones movies. Howard Carter and Tutankhamen’s tomb.

Egyptomania has gripped the western imagination for over 200 years now and brought about thousands of crackpot theories about the esoteric meanings of pyramids, Book of the Dead, and just about everything else Egyptian. With Musk’s tweet it apparently shows no sign of abating. 85,000 retweets! That’s 85,000 with three zeros.

Don’t even begin reading the 25,000+ comments on Musk’s post if you want to have any faith in the future of the human race. 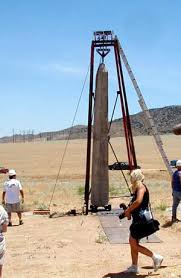 As a publisher back in LA, I had a local business consultant come to visit once. Maureen Clemmons, who had no training in archaeology, had convinced some Caltech profs attempt to raise an obelisk using kites.  With enough engineering expertise and a strong enough wind, they were successful. Clemmons jumped from this to the idea that this was the method which the pyramids were built. Stones. Wind. Rope. Kites. And how did they control the kite string? With those funny looking ankh things. As a serious publisher of archaeology, I turned it down. Clemmons self published the book and self produced a documentary to go with it.

In teaching Egypt, I’ve also learned the more pernicious parts of it, the origins of this theory in Eurocentric orientalism. How could those brown people living in Africa 5,000 years ago accomplish such an amazing engineering feat? They had to have help. No one has ever raised that question about, say, the Parthenon or Vatican or Notre Dame. Of all people Musk, who grew up in apartheid South Africa, should be sensitive to this.

OK, some well-known guy acted like an idiot. So what? This is the other pernicious part of the story. Thousands of people make the claim that aliens built the pyramids every day on social media. But it takes someone who is rich, powerful, and famous to get this kind of attention. There are lots of bogus beauty products, but only Gwyneth Paltrow could get the kind of attention (and sales) that Goop has attracted. Lots of wackos still believe the earth is flat, but when basketball star Kyrie Irving suggests it, it is front page news. And, of course 45 has a new wacko theory at least twice a week.  The American cult of celebrity, which almost always is associated with wealth, allows for the worst, the strangest, the most offensive ideas to get broad exposure. We've even exported it worldwide. The Egyptians sadly played into this travesty by inviting Musk to come visit the pyramids as their guest, rather than calling it out for the offensive stupidity that it was.  It’s a sad commentary on who we are and who we listen to.

Did you know that ancient people had sex with horses and everyone who drives a Mustang has some horse DNA? Don’t count on that gathering 85,000 shares.